Overland Solar Setup: Exactly How to Power Your Adventures

The allure of overlanding, for most, is being off-grid in beautiful locations.

But just because you’re off-grid, doesn’t mean you don’t want a working fridge for food and cold beer, or a fan to cool you down.

Having power makes life easier — period. That holds true even when off-roading.

One of the easiest and most reliable ways of having off-grid electricity is with a dedicated overland solar setup. As long as the sun is shining, you’ll have power.

So how do you get an overland solar setup? What do you need to make it work? What options do you have?

I’ve been off-roading and overlanding with solar for years, and I’ve tried many different setups from portable to permanent installations. And below, I share everything I’ve learned.

How Does Solar Work?

Solar power works by converting sunlight into electricity using a solar panel. It does this by using a semiconductor layer contained in solar cells, which use the movement of electrons to produce power.

This is an overly simplified explanation, of course. If you want to learn more of the science behind how solar panels work, check out this guide.

There are three types of photovoltaic panels:

Most overland solar panels are either monocrystalline (to make the most efficient use of space) or thin-film (to be easily applied to awkward rooftop tents and to cut down on weight).

Fun Related Reading: How Many Solar Panels Would it Take to Power the US?

What Overland Solar System Options Are There?

Once electricity is created with a solar panel, you need a few things to make that energy storable and usable in your overland solar system.*

This is where a battery system (permanent) or power station (portable) comes in.

*Note that most portable solar panels nowadays come with the ability to plug small USB and USB-C devices directly into them. But if you want to store and use that power later, you need one of the following systems.

As far as batteries go, you have three main options:

Which battery type you choose, once again, depends on your needs and budget. Personally, we chose this 100 Amp-Hour Lithium-AGM Hybrid battery by Renogy for our setup. I wouldn’t go with a lead acid battery unless you know how to properly maintain it and have a good spot to mount it outside your vehicle.

In addition to the battery, if you want to power 110- volt appliances (like a toaster, blender, or string lights), then you’ll need an inverter as well. An inverter converts the 12-volt direct current (DC) energy provided by your battery and solar panels into the 110-volt alternating current (AC) energy needed by most appliances.

Personally, we use and love RedArc inverters because they are built to take the abuse of overlanding and use pure sine wave, which is the cleanest and most efficient energy conversion technology available today. However, Renogy and many others have more affordable (albeit less efficient and less durable) options.

Finally, your setup needs a fuse to keep things from catching on fire in the event of an electrical short or malfunction. If your setup is simple, you only need a single fuse on the positive cable going from your charge controller to your battery. If it’s more complex, you’ll need multiple fuses in a fuse box.

Of course, you can add other things to solar systems, like battery monitors and other components to keep an eye on how effective your system is at any one time. But this is a basic overview for the complete beginner.

Here’s a video explaining how to wire a simple overland solar system:

Portable Power Stations (The Simpler of the Two)

Basically, a solar power station is a battery, charge controller, inverter, fuse box, and battery monitor all built into one self-contained system. You plug your solar panels directly into them, and they have a variety of ports for both AC power output and DC power output.

Some options for a portable solar power setup include:

We actually own and use all three of them, and can honestly say you can’t go wrong with any of them. Just pick the one that matches your storage capacity needs and budget.

How Much Solar Do You Need for Overlanding?

When deciding on your solar system, you need to know your power demands. How much power production and storage will you use?

You can determine that with some simple math. First, figure out what you’ll be using on a daily basis. Many overland vehicles have some of the following electrical appliances:

Figure out all the appliances you’ll use on the road and what their watt or amp requirements are. If you’re unsure, look it up online. In general, most toasters use ~700 watts per hour, most portable fridges use ~40 watts per hour, and most phone chargers use ~5 watts per charge.

If you see amps instead of watts, the conversion formula is watts = amps x volts. So for a 12-volt device that draws 10 amps per hour, you get watts = 12 x 10, which gives you an energy usage of 120 watts per hour.

So to use a toaster for a few minutes in the morning, charge a phone once a day, and run an overlanding fridge, you would need roughly 1,024 watts per day—5 for a phone charge, 59 for 5 minutes of toaster use, and 960 for 24 hours running your fridge.

Here’s a visual overview with example run-times based on storage capacity:

What Are Volts, Amps, and Watts?

In case you’re confused on all this terminology, here’s a simple explanation using a water hose analogy:

Overland solar panels and solar systems allow for clean, renewable energy that doesn’t require fuel. While gas generators can provide more power (so long as you have the fuel), they are more dangerous and much louder and annoying to use than solar power systems.

If you have any questions on how to set up a solar system, drop a comment below! I’ll do my best to get back to you. 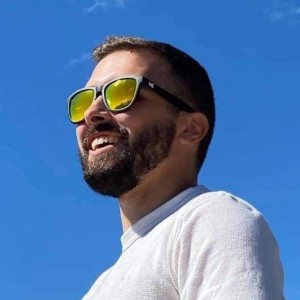